As we are nearing Christmas 2022, we cannot help but do a quick mental check of what this year has brought us. The result, as so often, has been a “mixed bag” of highlights and challenges. The year started on a difficult note with Russia invading the Ukraine in February. Just when we thought that Covid had, at last, outplayed its hand, there we were – energy prices going up and inflation edging closer and closer to double digits, something not seen in at least the last 30 years. Breweries found a tough business environment in which to operate, marked by scarcities in raw materials and, in particular, the availability of carbon dioxide proved to be a real headache for a lot of brewers, both small and big.

Just as we’re confronted with the mixed fortunes in our industry, we can also be optimistic that we will rise to these various challenges. We have already seen a gradual relaxation of the very high CO2 prices settling in to – albeit still pricey – but certainly resembling a market that had peaked, or perhaps on its way to a “new normal”. The blow caused by a very poor hop harvest in Europe has been softened by the fact that most hop trading companies had ample reserves in warehouses due to several good years previously. On the other hand, now is the time, more than ever, to look at where energy savings within the circular economy can still shave costs in our production processes, without jeopardising product quality. Surprisingly, there are indications that, with a lot of brewers, there is still some residual “fat” in the system that can be trimmed. Not an easy task, certainly not. But it’s an avenue to take before brewers start running out of road. After all, sustainability should be good for your pocket and for the environment.

Wishing you a peaceful festive season, as well as a smooth transition to 2023.

Ludwig Narziss was born in Nuremberg in 1925. His father was in the employment of the Tucher brewing company and so it was almost inevitable that he would opt for an apprenticeship there after finishing school. His scientific interest roused, he enrolled at the Weihenstephan school of brewing and malting a few years later. Prof. Weinfurtner, who was the head of department at that time, recognised the young man’s enthusiasm and academic potential so Ludwig Narziss registered for a PhD under his mentorship. From 1958 to 1964 he was in charge of beer production at the Munich Löwenbräu brewery putting what he had learned at Weihenstephan, into practice.

A year after having received the call by the university to enter into the teaching and research profession at the Lehrstuhl der Brauerei I at Weihenstephan, Ludwig Narziss attended an EBC Congress for the first time. The 10th EBC congress took place in Stockholm upon the invitation of the Swedish Brewers Association. The title of his paper was “Fortschritte in der Sudhaus-Technologie”, covering latest insights in brewhouse technology. Many congresses, and even more papers and scientific publications were to follow. Significantly for us, Ludwig Narziss recognised the benefits of the EBC working groups and the international networking opportunities early on in his career. He hosted the first two EBC Symposia (on Filtration, 1973, and Wort, 1974) and was elected as EBC President in 1979. Compared with his predecessors, he only served his first mandate of 4 years, citing that he needed to spend more time with his students and concentrate on his wide spectrum of brewing research projects. He continued, however, to be a loyal adherent of EBC, and ardent “follower” of the outputs of the EBC’s working groups, before the word was coined in the 21st century.

His honours were correspondingly diverse, including an honorary doctorate from the Technical University of Munich, the German Federal Cross of Merit (with ribbon), the Bavarian Order of Merit, to name just a few. From our point of view, we take pride in the fact that Ludwig Narziss was a prominent supporter of our association, and its only honorary president ever.

His passing leaves a huge gap in the history of brewing science in the 20th century. His enthusiasm for teaching was well-known, his kind and helpful demeanour towards his students, fellow brewers and, indeed, everyone that he met, was marked by courtesy and respect. He will be sorely missed. Please join me in raising a glass of fine beer in remembrance of him. Farewell, Ludwig Narziss – we salute your accomplishments!

The EBC Executive Team met on 22 November. High on the agenda was providing our members with feedback that EBC has been granted some extra funds to establish a guideline document to assist brewers in initialising various aspects of decarbonisation. Further to the topic of reviewing the EBC Manuals of Good Practice, it was highlighted that a service provider had been found for one manual to be updated, that one on Beer Pasteurisation. For the other (Wort Boiling and Clarification) no suitable author has been identified yet. Other topics to be tackled in the new year will include the updating of information pertaining to external laboratories in the EU, a finalisation on a guidance note of NABLAB production, as well as working on a dispense and draft beer best practice and hygiene manual.

On the 12th and 13th of December, members of the EBC Analysis Group and experts from the Sub-Committees Beer & Wort and Microbiology met in Brussels, Belgium, for two days of meetings. Progress in the different sub-committees were discussed. As far as the Sub-Committee Beer & Wort is concerned, the collaborative trial on SO2 by DTNB is in process (samples have been shipped and first results are collected) whilst the collaborative trials on LAB and heavy metals in beer by IOS-MS will start in January 2023. The Sub-Committee also discussed a project on measurement of 0.0% abv beer. The Sub-Committee Microbiology is continuing its work on contaminant detection by PCR, with the design of the draft method making process. The first round of the trial should take place early 2023 and, possibly, the second round with international participants later in 2023. The Sub-Committee Microbiology will also start working on a method on detection and determination of Saccharomyces var. diastaticus with a Project Leader who has been appointed. Last but not least, the date of the next physical meeting bringing members of the EBC Analytica and the Sub-Committee experts has been decided. A save-the-date will be sent to the relevant experts.

The 21st Standard Malt has been accepted after analysis by the Analysis Committee of the European Brewery Convention. The malt can be used for checking the results of test methods described in Analytica-EBC or for calibration of apparatus (e.g. Friabilimeter) or other methods (flow injection, near infrared reflectance etc.).

More information on the 21st EBC Standard Malt and how to order it is available here: https://europeanbreweryconvention.eu/wp-content/uploads/2022/11/21st-EBC-Standard-Malt.pdf 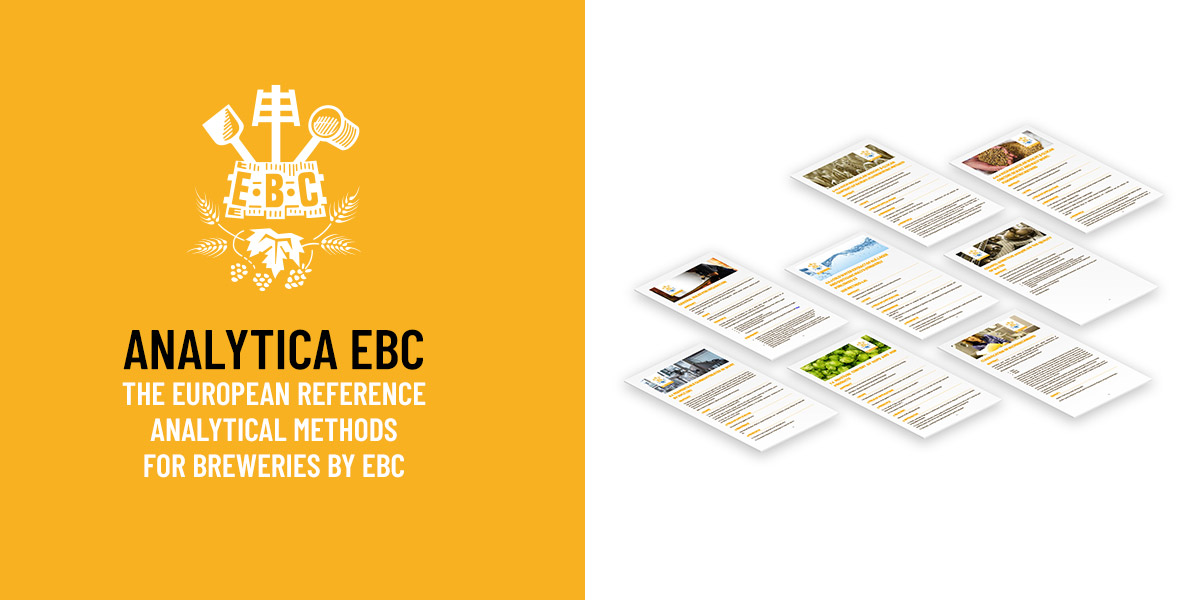 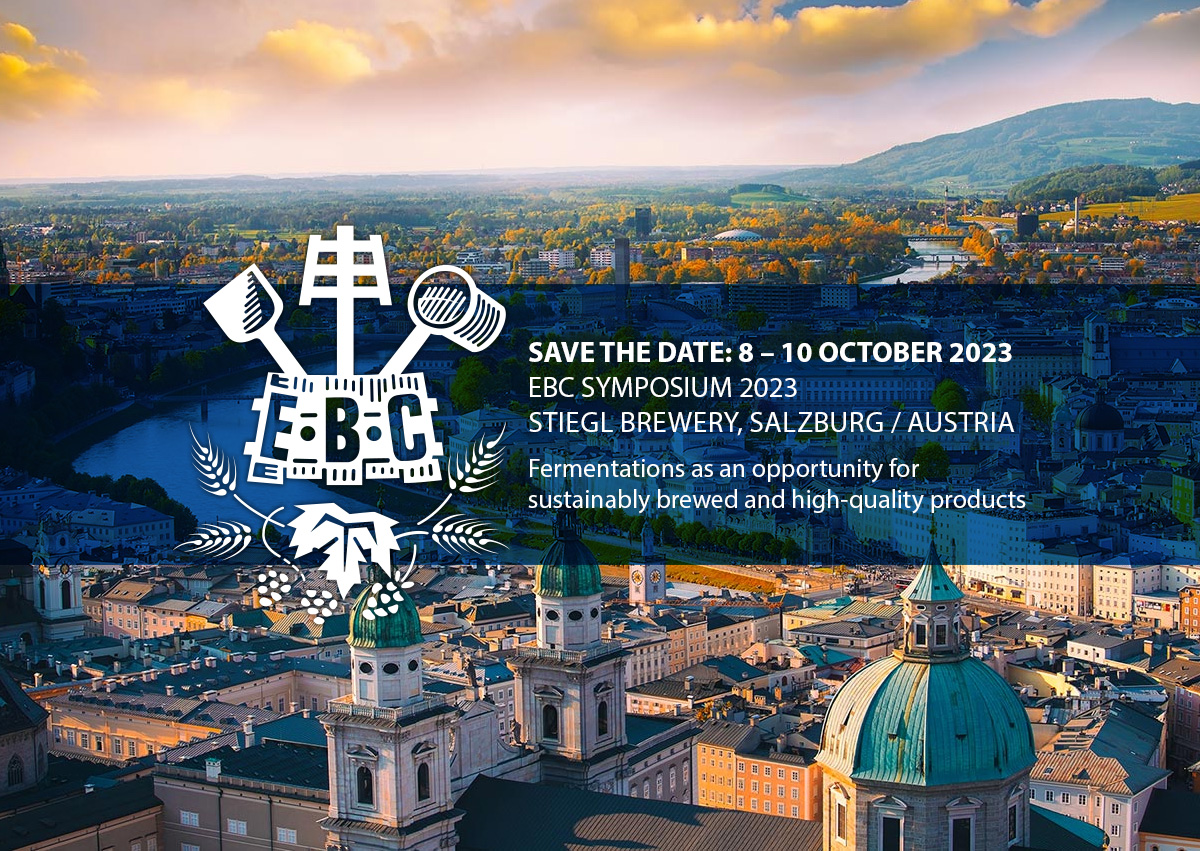 The next EBC symposium will be held in Salzburg, Austria! This was the outcome of deliberations set in motion a few months ago when the Italian Brewers Association Assobirra announced that they would not be able to host the meeting in Rome, as had been originally planned. For the symposium, a “Call for Abstracts” will be launched in February under the topic: “Fermentations as an opportunity for sustainably brewed and high-quality products”. The following sub-topics will hopefully attract interest from brewing scientists from all areas – breweries, the academic field, and – last by not least – from suppliers:

The symposium will be followed immediately afterwards by the 13th Technical Meeting of the EBC Brewing Science Group, reserved exclusively to BSG members and their appointed guests.

Prague (Czech Republic) will be home to the next edition of Brewers Forum 2023, on the 22nd and 23rd of May 2023 with M. Paolo Lanzarotti (The Brewers of Europe’s Vice-President and CEO, Asahi Europe & International) and M. Gavin Hattersley (President and Chief Executive Officer at Molson Coors Beverage Company) as Keynote speakers. Whilst the programme has not been unveiled now, here’s a sneak preview of what you’ll be able to listen to next year! Ticketing opens on the 1st of February 2023.

Whilst the programme is not yet unveiled (expected in January), we are already able to give you a preview of what topics will be presented and discussed by your brewing peers in a little bit more than six months. Naturally, being in the country of Pilsner and lager beer styles, a strong technical accent will be placed on the Czech brewing arts, ranging from how diverse and technical lager brewing is, to the almost philosophical questions such as whether there is still a future for mash decoction.

Then, we will look at trending issues such as blockchain and its applications in the brewing industry, at how to deal with the CO2 shortage in the short- and long term. A focus will be put as well on sustainability, a game-changer in the industry if we look at the impact climate change is having on ingredients harvest and yield.

The Brewers Forum will also look at how marketing and communication can help breweries perform better: how should a brand be managed? Does it make sense to participate in beer competitions? How can a brewery and the brewing sector in general promote non-alcoholic beers and the different beer styles to consumers? Getting your national beer culture registered as part of the UNESCO and how to maximise this recognition will also be presented (Czech Republic has applied for registering Czech beer and the Czech beer culture as part of the UNESCO World Heritage – check the last BrewUp Magazine for more information, on pages 36-37).