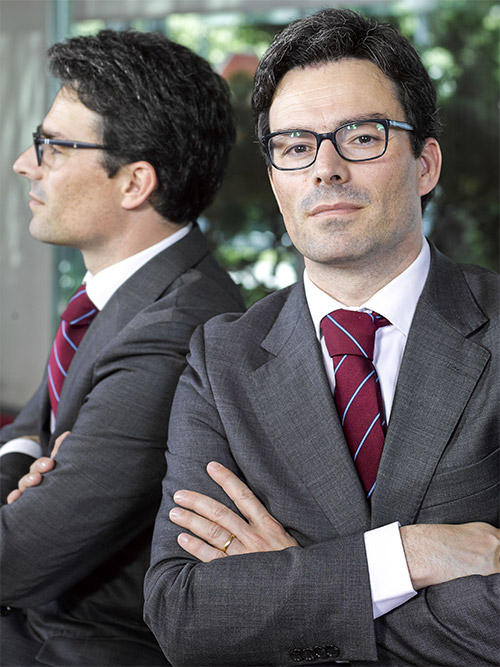 I hope these words reach you all being safe and healthy. These last months have been harsher than anyone would expect, so my concerns go entirely to the ability each of us have had (and keep having) in preventing this pandemic which affects you and your families and friends in so many ways!

This will, most probably, be my last foreword column while EBC President (2015-2020), so I beg your patience and count on you to tolerate a slightly longer missive …

The last 5 years were indeed intense, I must say!

We ran a review process at the very beginning of 2016 and put our efforts implementing the learnings through an action plan which included:

EBC has a legacy of almost 75 years which must not be jeopardized.

As this was my most repeated sentence along these past 5 years, it was also my biggest concern!

Why? Because the importance of that legacy is perceived wherever you go as EBC President, but also because I believe brewers never needed “credibility”, “knowledge”, “science”, “technology” and “quality” (my favourite!) as much as today!

Just consider we never had so many newcomer (often inexperienced) brewers in action in Europe as we faced in the last decade.

Passionate micro-, local, regional and big brewers addressing the market with their beer, sometimes unstable, sometimes even eccentric, but happy to have the support from institutions such as the National Brewing Trade Associations and from the EBC itself.

Add to that context, the co-existing with categories such as ciders, seltzers, non/low-alcoholic beers and soft drinks some brewers integrated in their facilities together with brewing processes.

We are living in exciting times (well, we were, until COVID-19!) and we are running with the “Inclusion Agenda” as energetically as possible, so the context described above couldn’t put at risk our beloved beverage’s credentials throughout Europe, but also to avoid the polarisation we noticed across the Atlantic regarding brewers representations.

Europeans still live under their “little” differences’ scenario with the greatest brewing culture in the world, but kept the sense of sharing and scrutiny in brewing science and technology the EBC founding fathers (regrettably, only males in 1947) taught us… as an inter- connected ecosystem!

Even with on-going brewing companies’ consolidation worldwide which drove some R&D budgets into efficiencies, EBC working groups never felt they should downgrade their ambitions!

The EBC Brewing Science Group has evolved to be more inclusive about new members arriving from industry suppliers, in addition to brewers and brewing scientists. The EBC Analysis Group put extra effort into new methods’ publication and updated initiatives, culminating in the Analytica-EBC going fully on-line 2019 via the BrewUp knowledge platform that Mathieu Schneider played such an important part in getting up and running (www.brewup.eu).

The cycle is about to be reset in terms of the EBC presidency, so my final statement goes to the nominated successor, Benet Fité: Your merits are unquestionable, your professional track record immaculate, your expertise in brewing science will be the assurance of a soft transition! I hope that The Brewers of Europe’s Board, when meeting in November, will positively consider the backing and approval of our candidate and I want to wish you, Benet, all the best in anticipation thereof.

Do care for the EBC legacy and keep protecting brewing and beer from all the agents who try to demean or undervalue it.

As COVID cases rise again in Europe and new, tight restrictions start to be brought back in for bars, pubs and cafés that were already barely coping with the reduced consumer footfall and social distancing measures following weeks of closure and lost takings, Europe’s hospitality sector is once again feeling the pinch. With the interdependence amongst the beer sector, hospitality and the whole brewing value chain, The Brewers of Europe is once again stepping up its #RECONNECT campaign to support the safe and sustainable reopening of the sector. Please support the campaign by following @brewersofeurope on Twitter, Facebook and LinkedIn and logging onto the website www.reconnect.beer, engaging with all the activities. You can also become an active campaign partner by requesting the supporters toolkit from info@reconnect.beer or clicking through on the campaign website. The toolkit provides banners, videos and social tools that can be translated and co-branded to build the call to support Europe’s two million hospitality establishments. 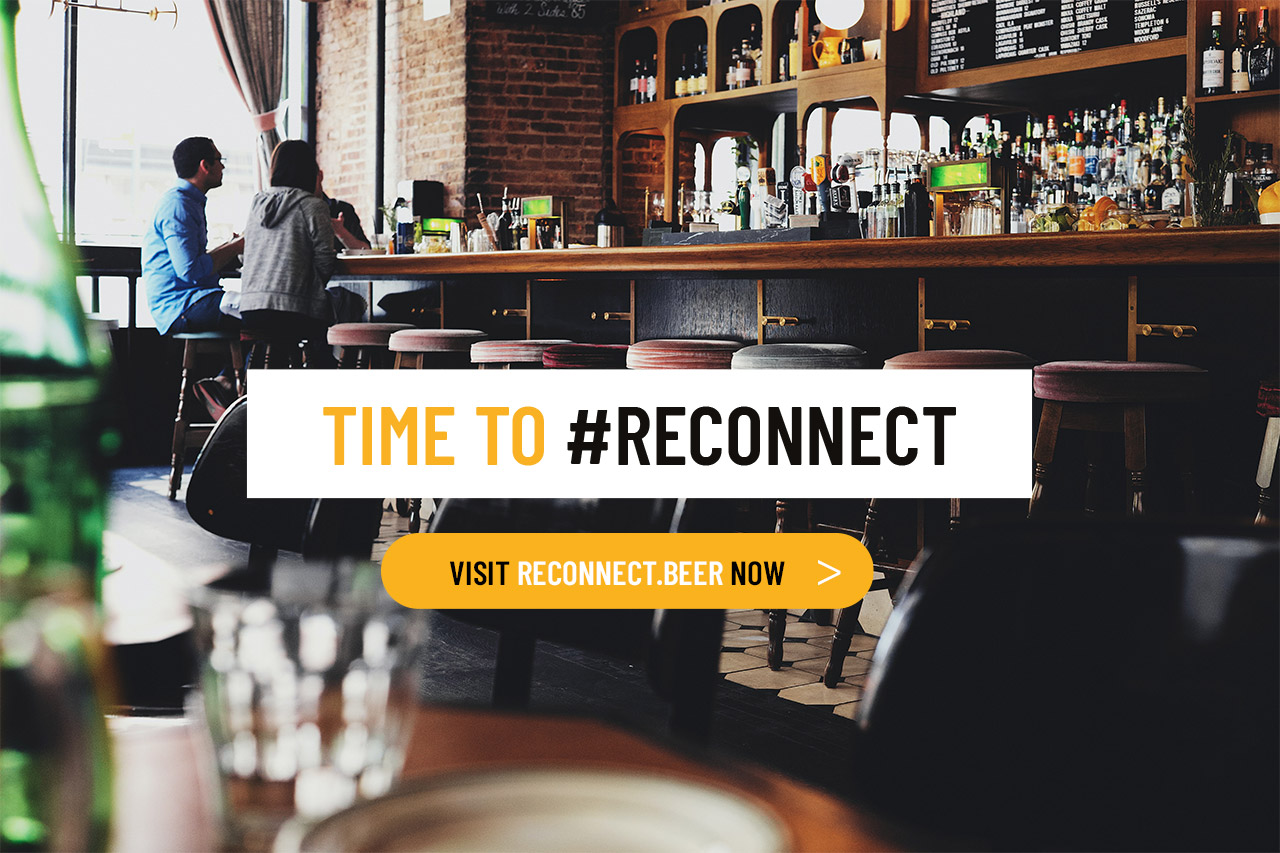 On the 21st of September, members of the EBC Executive Team met virtually to review the 2020 achievements as well as to discuss the plans for 2021. In this very particular year, most of the efforts have been deployed to offer technical support to national associations and breweries facing difficulties with the Covid-19-related restrictions whilst still working on the priorities such as further developing new Methods, launching new collaborative trials and supporting the revision of the Manuals of Good Practices. This workstreams will be continued in 2021: the revision of the Manuals of Good Practice will be further delivered with the upcoming publication of the Manual of Good Practice: Hops and Hop Products as well as the publication of the EBC Quality Handbook for Small Breweries (see below). Technical assistance to The Brewers of Europe and the national brewing associations will be increased and hopefully the development and revision of the Analytica EBC Methods can go back to a normal rhythm.

The EBC Analysis Group met virtually on the 25th of September and reviewed the progress achieved so far as well as planification for the months to come. In addition to the revised method on Bitterness Units and the new Method on the determination of bitter compounds in dry-hopped beer, the revised method 6.5 (Extract Content of Maize: Enzymatic Method) and method 4.14 (Modification and Homogeneity of Malt: Calcofluor Method) were approved and will soon be put online on BrewUp (www.brewup.eu). A collaborative trial on the “Gushing Potential of Malt” will also be launched very soon (see below) and the preparation for a collaborative trials on L,a,B analysis (see July 2020 Newsletter) are being finalised. Pre-trials are also ongoing for the Sub-Committee Microbiology (and should pave the way to larger scale collaborative trials in 2021).

Call for participants in a collaborative trial – “Gushing Potential of Malt”

The EBC Analytica « Barley & Malt » Subcommittee is organizing a collaborative trial on « gushing potential of malt » and is looking for volunteers to participate.

The « gushing potential of malt » collaborative trial will be organized during autumn 2020 with around 6 malt samples to analyse. Its aim is to test and statistically validate a consensual protocol to determine the « gushing potential » of malt. The protocol is based on the principle of the « Carlsberg modified test ».

If you are interested in participating to this collaborative trial, please contact Marc SCHMITT (marc.schmitt@ifbm-qualtech.com) who will provide you more information on the protocol, timing and shipment. 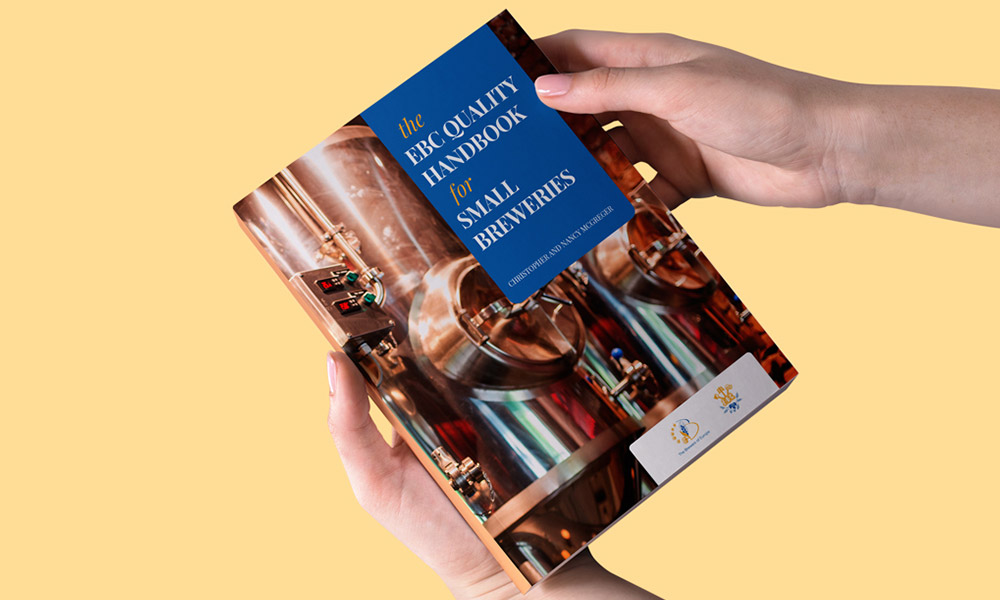 The EBC Executive Team expressed itself in favour of drawing up a textbook-type manual, highlighting the need for quality management arising from best practices in small breweries, as this type of work did not seem to exist yet in a user-friendly format. Essentially, the work should be an introduction to brewing technology and quality assurance / quality control procedures in any brewery. The authorship of the book was outsourced to Chris and Nancy McGreger, brewing technical writers and translators of technical literature. After almost 2 years, the work has now been completed and is currently undergoing a round of proof-reading and revision. It was planned to launch the new publication during BrauBeviale but, on account of possible travel restrictions, the launch may be postponed until the first half of 2021, for example, during the EBC Symposium in Rome (18-20 April). To be confirmed.

Updated Method 9.8 on Bitter Units and new Method 9.50 on the determination of bitter compounds in dry-hopped beers

Updated Method EBC 9.8 and ASBC Beer-23-A on the determination of Bitterness Units (BU)

The update will cover the “Precision Chapter”. It will now contain two tables. In addition to the table on conventionally-hopped beers, it also reflects the results of a second collaborative trial on dry-hopped beers carried out in 2019 covering higher BU levels.

New Method EBC 9.50 and ASBC Beer-23-G on the determination of bitter compounds in dry-hopped beers

Those two new and revised Methods will soon be released on the EBC BrewUp, (www.brewup.eu) and ASBC (https://www.asbcnet.org/) websites. Stay tuned!

The Brewers of Europe wishes to invite brewers, technicians, scientists, value chain partners and all other interested parties to join its first ever Sustainability Forum on 20-21 October. An official partner event of the European Union’s annual Green Week, this free-to-register event features 6 one-hour virtual sessions run over two days. The events will feature insights, presentations, policy discussions, case studies and panel debates involving lawmakers, industry leaders and specialists from across the wider brewing sector. For more information and to register, please head to https://brewing4.eu/sustainability-forum-2020/. 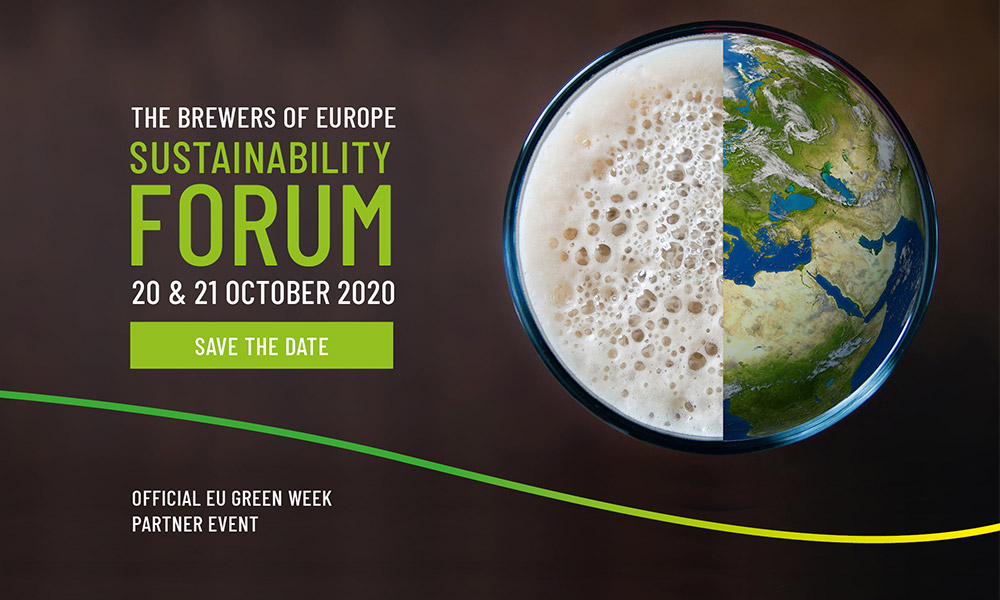 The World Brewing Congress takes place every four years in a changing location in the US. This year’s WBC was cancelled at rather short notice for reasons of the Covid-19 pandemic. Instead, the organisers have turned the conference into a virtual meeting and EBC was invited to field a session. The EBC session took place under the motto of “Brewing: A New Normal, the Same Excellence”. After an introduction John Brauer, the EBC Executive Officer, looked back on the last 12 months. Two scientific papers were presented; Fotini Drosou (Techn. Univ. Athens) discussed the evolution of aroma profile in beers brewed with non-Saccharomyces yeasts. Jeroen Baillière (Univ. Ghent) compared and contrasted the use of ancestral unmalted cereals (emmer, einkorn, etc.) with those derived from preudo-cereals (buckwheat, quinoa, amaranth). A lively discussion ensued, aided by questions submitted by the audience via the chat or Q&A function. The session was rounded off by a message and strategic outlook of EBC for the next few years. For more information: http://www.worldbrewingcongress.org/Pages/default.aspx

Will it – or won’t it? Take place that is. The organisers of BrauBeviale are adamant that this year’s BrauBeviale will go ahead, with all the sanitary and hygienic precautions in situ. However, infection numbers have steadily been creeping upwards and Bavaria is no exception to the world-wise trend. Irrespective of the pandemic, EBC is committed to contributing to the virtual component of Brau-Beviale. A recorded message of greeting by the EBC president is currently envisaged. https://www.braubeviale.de/en

EBC at the Brazilian Beer Summit 2020

Postponement of events is something that is well-known to the organisers of the Brazilian Beer Summit which was meant to be held earlier in the year and will now take place in an exclusively virtual format. The organisers have approached us with the request to be their technical and scientific partner for the conference. Currently, a programme is being worked on which should be finalised soon. For more information, see: https://en.beersummit.com.br/